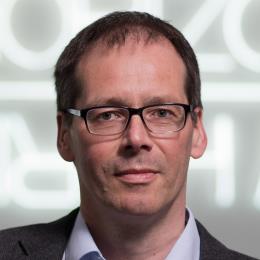 Claus Pahl received a Ph.D. from the University of Dortmund. He has held academic positions in Germany, Denmark and Ireland before moving to Bolzano in 2016. During his time at Dublin City University he served as the Principal Investigator of the IC4 Cloud Computing Technology Centre and as an Executive Member and Investigator of the Lero Software Research Centre.
He has published more than 250 papers, resulting in 3880 citations and a h-index of 34 (Google Scholar). He has been a PC chair of ECOWS in 2007 and ICSOC in 2018 and general chair of ECOWS in 2008 and CLOSER in 2017 and 2018. He has attracted more than 5 million Euro in funding from national and international programmes, including industry funding. He served on the editorial board of 7 journals.