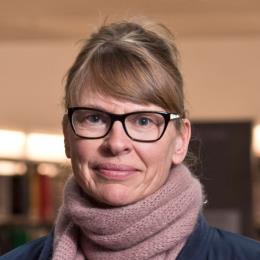 Eva Leitolf is an artist, tenured full professor and head of studio Image at Free University of Bolzano. Critical examination of the practices of image production and contextualisation is a central thread running through all of Leitolf's work, which explores contested societal phenomena such as colonialism, racism and migration. Leitolf's work often combines photography with textual elements – from police reports and information researched from a wide range of sources to personal notes. Adopting a conceptual approach, Leitolf visualises concrete conflicts by evaluating the absent, while at all times questioning the media she works with.
She earned her MFA at the California Institute of the Arts with Allan Sekula and held a professorship at Burg Giebichenstein University of Art & Design.

Leitolf’s works have been shown at international institutions including the Pinakothek der Moderne in Munich, the Kunstverein in Frankfurt, the Sprengel Museum in Hanover, the Rijksmuseum in Amsterdam, the Netherlands Photo Museum in Rotterdam, the KunstHausWien in Vienna, the National Gallery of Kosovo in Pristina, and the Wallach Art Gallery in New York. Her work is also regularly featured in the color supplements of the Süddeutsche Zeitung and Die Zeit. Her publications include Postcards from Europe 03/13 (2013), Deutsche Bilder – eine Spurensuche (2008), and Rostock Ritz (2004). She was nominated for the Deutsche Börse Photography Prize in 2008 and received a scholarship at Villa Massimo, Rome in 2012. In 2016, she was awarded the City of Munich’s Art Prize.

A Look Back at "Looking For Evidence": A Recent Interview with Eva Leitolf, Reading the Pictures, 2010