Rattopparole is a project which, through the power of language and words, aims to help the inhabitants of Don Bosco to rediscover a more profound meaning in the idea of “community”.

The project consists of a series of embroidered patches with significant words and symbols that identify Don Bosco. We chose clothes because they are an element of comfort, and comfort can be translated to a sense of security. Security in themselves, in how they look and how they feel. They carry memories with them and can be inherited, or passed through friends and even generations. Patches allow us the versatility to not limit ourselves to one element of clothing and create a sense of value. They can be used to fix something that is broken (like an identity) or reinforce something they relate or feel connected to.

The project will work through an open source platform found here: (insert link). Here, you can read about the concept of the project and browse the designs we created. After choosing the one you want, you can download it to embroider by yourself to contact either the unibz fablab or the Rotonda sewing groups to make it. The idea is to promote local economies and entrepreneurships also. 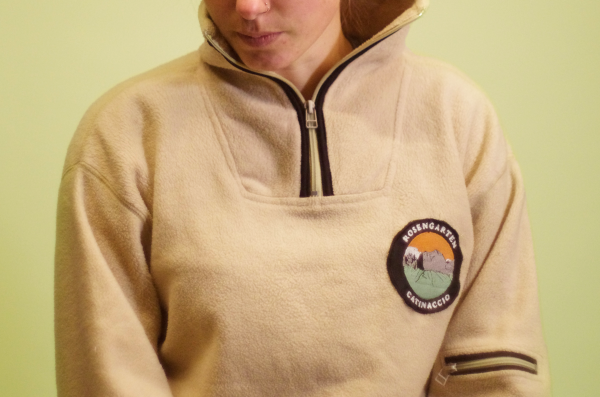 When you reclaim value in your clothes you tend to appreciate it more. The garments that carry memories, that identify you, that you love to wear. By creating an aesthetic that can be appealing to a younger crowd, we’re figuratively stitching these messages and words onto what they would consider a piece of themselves. This helps to create a bigger sense of belonging in their neighbourhood as a consequence of their search for personal style. We search to encourage them to deepen the message contained in them, thus to look at their community with different eyes, creating a new ideal to which they feel connected to. This to us is considered to be sustainable heritage. Something that can stand the test of time though the power of CARE. The project not only invites them to fix old clothes, but adds enough meaning to their garments that can lead to them handing it down to future generations and probably avoid an unnecessary disposal of them. 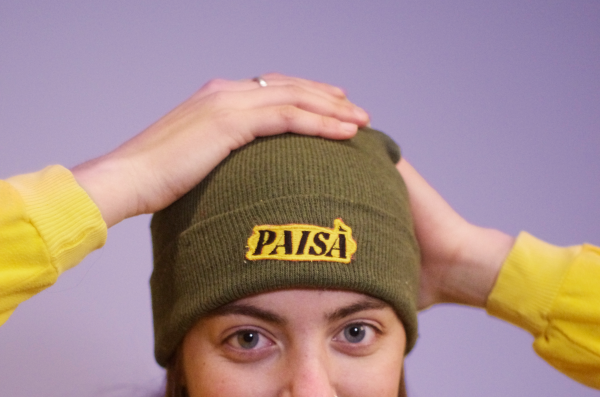 Initially, during our first approaches to the community, we realized there was a discrepancy not only between generations but between heritages and provenance. We decided to tackle this problem and due to quarantine restrictions, decided to execute some simulated interviews through an online survey disguised as a chat bot to seem more personal and connect to the community members. This, alongside a couple of in presence approaches further on, lead to validate our hypothesis and discover two main insights to connect to our project. We understood the word associations they had to the neighbourhood, their routines, their likes and also their dislikes.

We found that the people of Don Bosco associate the concept of home to the people and not the places. On the other hand, the younger generations have lost a little of respect towards their elders due to their lack of leisure options. This can be caused by their lack of connection to their past (semirurali idea). This obliviousness to care for their community creates generational tension that affects the creation of positive memories for the future. 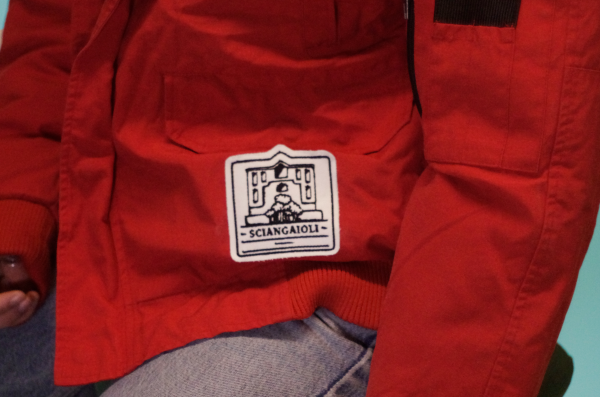 Also, we realized that they have a hard time describing their neighbourhood’s identity because they associate this term to their inner self and not always to a community. Even though they describe their community as a small country or “piccolo paese”, isolated from the tourist filled city center, they can’t really seem to know why. Having said this, their “tessuto sociale” is considered strong due to their common customs, but with a lack of a collective identity, they forget to understand why.

So, with this in mind, our approach and main objective was centered on helping the youth to first identify with themselves in order to possibly identify with their successors. For this reason we deepened our research by understanding what aesthetic components do the youth find attractive and combined it with an observation exercise of the neighbourhood. Inspired by the colors of Don Bosco and outdoor culture (mentioned in surveys) we created some initial prototypes and designs to validate with some younger community members through the youth center. This resulted in very positive results not only due to their design but also due to the message within them. 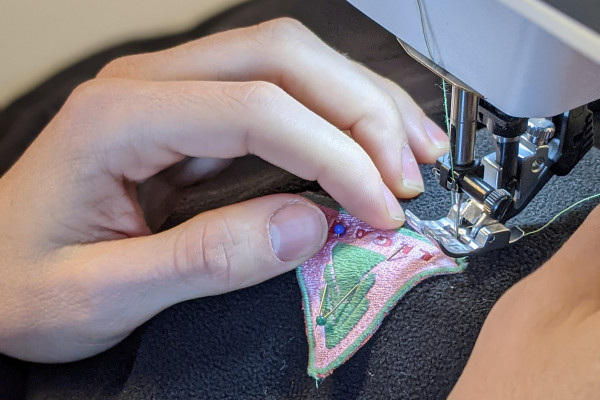 Finally, we contacted the Unibz Fablab and used the embroidery machine and prototype our patches. We also bought several used clothes to sew the patches onto them later on. We learned several techniques and tricks to optimize not only the files for digital embroidery but also to design the patches in a way that can be simple
enough for the machine to handle. We contacted Ilia from the Rotonda sewing groups to establish a future alliance and production partner for a more manual and handmade version of the patches if desired.